Salkantay, a 6271m high mountain in the Andes of Peru , means “savage mountain” in the local Quechua language – why we were soon to find out!

National Geographic Adventure describes this trek as one of the 25 most beautiful hikes in the world, and we decided that the opportunity to experience this route first hand could not be missed.

This ancient route, one of a few used by the Incas to reach Machu Picchu from Cusco is described in the Lonely Planet guide book as a tough trek that takes between 4 and 7 days and costs $400. What the heck we thought how hard can it be – we have done plenty of hard hiking in South Africa in the past and this cannot be much different, or could it? We also said “too many days and too expensive – let us allow 3 days for the hike and one day for climbing Machu Picchu and if we do this on our own we can save $400”. We noted that one must cross a pass at 4630m high (the highest point in South Africa is in the Drakensberg at 3450m). In addition, one also had to walk 77km over 3 days and then another 20kms between Hidro-electrica, Aquas Caliente, Macchu Picchu and back to Aguas Caliente. But, we thought, if others can do this so could we, opportunistically forgetting that at 65 our best hiking days are behind us. We also conveniently forgot that most others who do this route make use of horses or mules to carry their packs and local guides to show the way. But in South Africa we are used to carry our own packs, so we decided to tackle the route unsupported.

We thus ordered a taxi from our campground in Cusco leaving at 04:00 in the morning and then took a “colectivo” (a shared minibus taxi) from Cusco to Soraypampa. At the stop in Mollepata Hanlie befriended a local person that lives in the mountains where we had to pass through. Although he spoke no English, he helped us to get onto the right track at the start of the hike. Like all locals in this region he chewed Coca leaves non-stop. 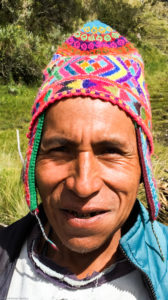 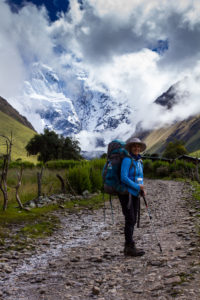 Soon we were puffing and straggling along, suffering badly from the high altitude and lack of oxygen – breath-taking views took on a whole new meaning. 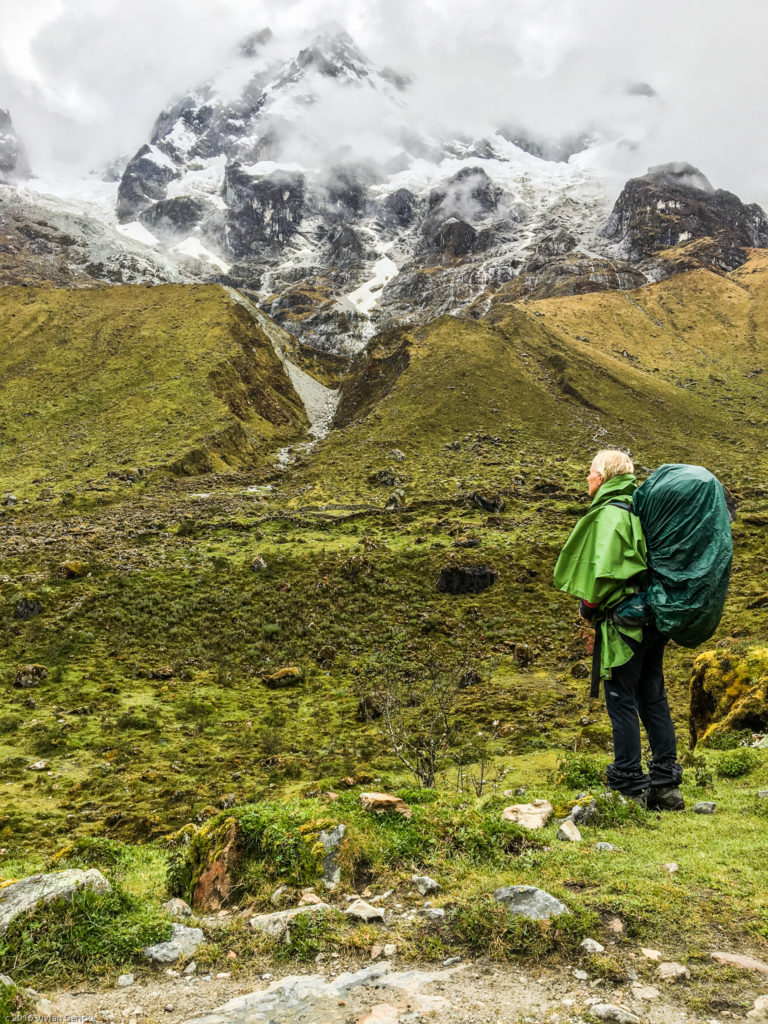 Above 4200m we really suffered and the last few kilometres to the top was pure agony. 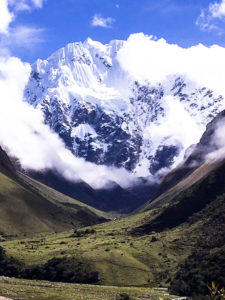 We were very relieved when we eventually made it over the crest.

That night we pitched our tent at 3900m in a rudimentary, but surprising effective shelter in the form of an A–shape frame covered with dry grass. Hanlie literally passed out as soon as we had pitched the tent, while Vivian prepared a basic meal of soup and pasta. It rained lightly during the night and we were very glad to have some protection against the elements. 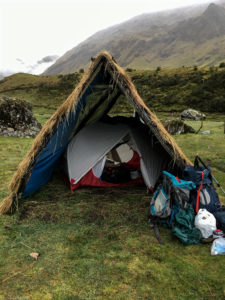 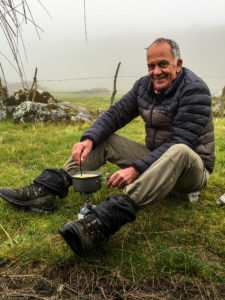 We started day 2 thinking that it would be an easy down-hill trek to the town of La Playa where we planned to camp that night. But we underestimated the distance – 23km in a day is not easy, even if it is downhill most of the way! The valleys through which we hiked were lush and green.

It rained intermittently throughout the day and all rivers were swollen. In the photo below we had to cross a rocky fast running stream and the only way to get across was to keep our boots on and hold on to each other for support. 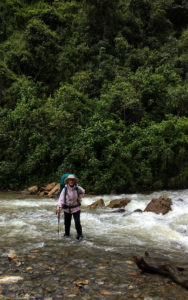 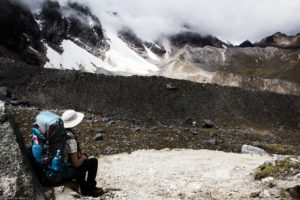 Despite our sore feet we enjoyed the third day from La Playa to Hidro-electrica a lot. We started with a long uphill trek through the indigenous forest. At the summit we could see Machu Picchu in the distance. Here the forest changed into lush vegetation with huge fern trees and several types of orchids and bromeliads.  Along the way we met friendly local people from whom we bought freshly squeezed orange juice. 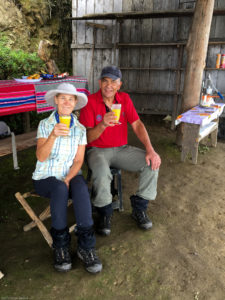 We also came across an Inca ruin dating back to the 15th century. The two-and-a-half-hour hike downhill was very steep and agonizing on our feet that were by now covered in blisters. 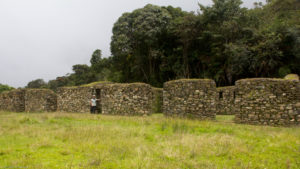 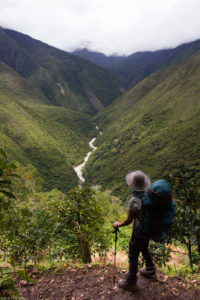 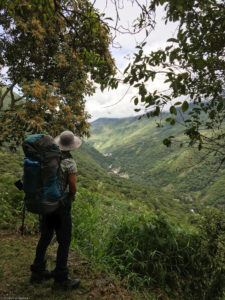 We finally reached the town of Hidro-electrica and encountered the crowds that had one objective – getting to Machu Picchu. We still had to hike 10 km along the railway line that connects Hidro-electrica with the town of Aquas Calientes. By the end of the  3rd day, after having hiked 80km we realised that we had to recuperate before tackling the climb to Machu Picchu (that is a story for another day). We thus camped for 2 nights at Jardine de los  Mandor (about 2 kilometers along the railway line before reaching Aguas Calientes).

In the end the hike was beautiful and despite our sore feet and exhausted bodies, we thoroughly enjoyed the experience. The view of Salkantay itself was magnificent and so were the green valleys and rushing rivers that followed. Following this ancient Inca route was nevertheless a completely different way of reaching the very touristy and overcrowded Machu Picchu. Would we do it again – definitely not, it was just too hard, or maybe we are now just too old! 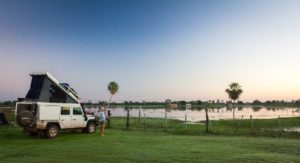 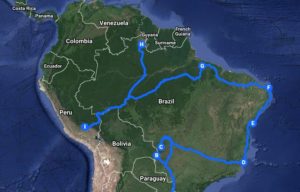 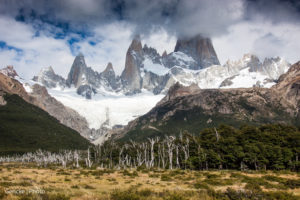 Our articles in the Go Magazine

1 thought on “The Salkantay route to Machu Picchu – explicit content!”